London and Essex based award winning Director of Photography and producer/director specialising in high end documentary and branded content.

With over thirty years experience image making from photography to film working around the globe for blue chip companies along with production houses and TV companies in the UK, US and Europe.

Started out as an underwater photographer living in the Marshall Islands and was asked to shoot my first bit of underwater footage for a Brazilian TV Channel back in 1997.

I've shot branded content and corporate promos and high quality documentary and have dipped my toe into narrative and music video in recent years.

I recently finished my first feature length doc - Rom Boys :40 Years of Rad which I produced, directed and shot (and edited), which was picked up by 1091 Pictures and which is currently a 100% Fresh rating on Rotten Tomatoes and 5 stars on Amazon and Apple.

It also won the best feature documentary at the 2020 Paris Surf and Skate Film Festival. It is also a semi-finalist for best cinematography in the documentary category at the NY Cinematographers awards due later in 2021.

I also filmed and directed the TV Doc - "The Lancaster at 80" for Big Little Fish TV and broadcast on Channel 4 in October 2020.

Here are a few of the viewer and critic comments posted on Amazon , Apple and various film websites about Rom Boys.. 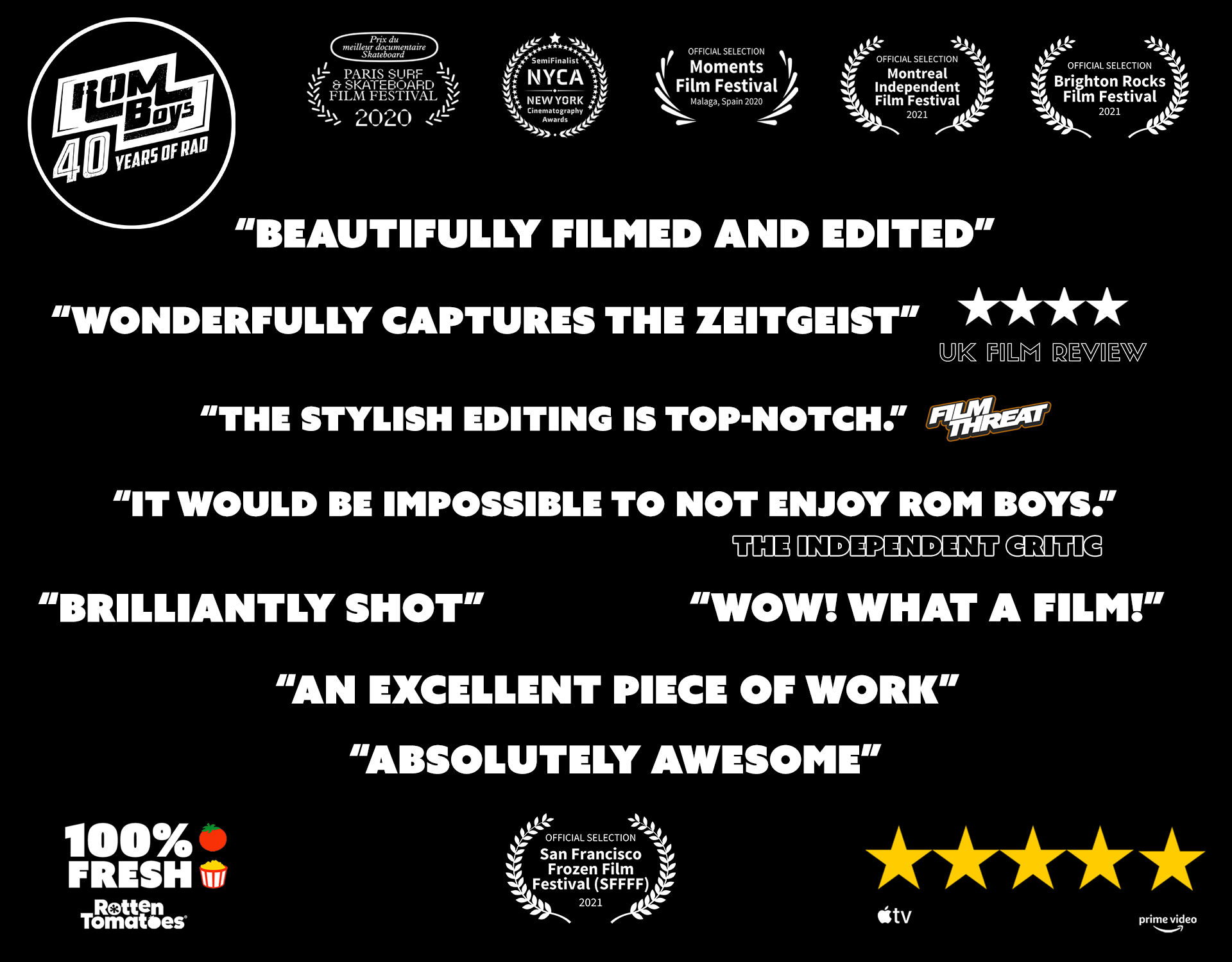 I'm also an experienced drone pilot and camera operator having qualified for commercial approval back in 2014. As of 2021 this has now been updated to the CAA - Operational Authorisation - UKPDRA-01.rom the CAA thu 2022 . I have an 'i' Visa for work in the US.

I'm also proficient in post, with expert level skills in Adobe Premiere, After Effects, Davinci Resolve and Photoshop. I edited Rom Boys to see how I could handle a feature length production, Film Threat Magazine described the end result as: "Top notch editing".